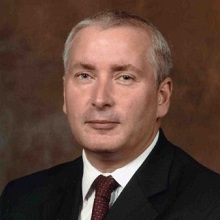 Malcolm has a background in emergency preparedness and incident/crisis management in a multi-agency environment working with emergency services and the private sector. He has extensive experience in the national security and resilience domains and has worked at Government, strategic and expert practitioner levels both within the United Kingdom and internationally. Malcolm was a senior police officer serving with the Anti-Terrorist Branch (SO13) and Counter Terrorism Command (SO15). He worked extensively with different agencies across government, including emergency services, military and intelligence agencies, as well as holding senior positions at strategic, policy and operational planning levels.

He led the first UK team to support the US response following 9/11 and provided the liaison for the UK response from the British Consulate in New York in the days and weeks following 9/11. He was instrumental in developing the National Inter-Agency Liaison Officer role that transformed joint working between emergency services’ responders.

Find us in Google Map !